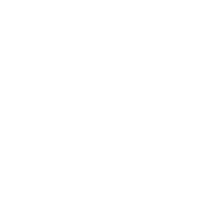 On behalf of several national and international publishers and media companies, Audax subsidiary Media Logistics takes care of the physical distribution of magazines and other (multi)media products for consumers and retailers. A few years ago, the company in Gilze started looking for a more cost-effective and efficient way to handle the return flow of those products.

In the solution Equinox proposed to Media Logistics and which has come into operation in 2011, the presorting into three directions still takes place but after that, the low volume titles are sorted out in groups using a Slide Tray Sorter with 156 trays and a scanning system. The handling of high volume magazines is now limited to 20 titles.

The new sorting process for a large number of low volume titles involves fewer operators. The incoming low volume flow of returned products is now mixed into a pile of many different titles, partly singulated based upon the waterfall principle. A single operator takes care of the positioning and spacing of the magazines, books or postcards. They are then scanned using automatic Video Scanning ID for barcode recognition on both sides and image recognition on one side. After passing the scanning device, the products are tracked by sensors to make sure they are in the right position. If not, correction belts adjust their position and synchronize the products’ speed with that of the sorter trays.

The products slide gently out of the trays into the chutes. They are sorted out in small groups of titles per chute, so an operator can easily make neat stacks of titles after emptying the chute. The stacks are then placed on a conveyor belt and transported to the strapping device after which they are manually placed on pallets.

“We chose a partnership with Equinox due to the clever solutions and solid references of the installed Equinox systems for (multi)media.”

We're ready to grow your business

We use cookies to gather information on how our site is being used to enhance your experience. If you wish, you can reject the non-necessary cookies through our cookie settings.